KINDLE
KindleUnlimited Members can read it for free!

For the spiritually minded reader! A fantasy/romance with a twist of spunk and spirituality. 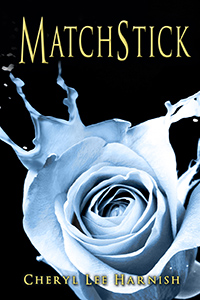 Rayelle is an unassuming, plain-Jane, keep-to-herself sort of girl. But she has a secret: a destructive force within her that must remain under control at all costs.

Nathanael is a beautiful warrior, sent here with a legion of men to protect this world at any cost.

It is most women’s dream to find ‘the one’, their perfect match in every way—their soul mate. Rayelle is one of the lucky few who has. Well, sort of. She has no idea that the bizarre supernatural mishap which occurred five months ago, at a public event, was caused by a stranger who had come too close to her. She is also unaware that the mysterious invisible presence which visits her each night since, is him.

If Nathanael has his way, she will never know.

He can never be that close to her again. It isn’t worth the risk. The concern is not for his physical safety—he is immortal, he can survive just about anything. It’s for hers. And there is also no greater pain than to love someone from afar—to never come close, or kiss, or even touch. No way will he allow her to suffer as he does.

But the Universe has a different plan for the star-crossed lovers.

Their worlds are about to collide, having a far greater consequence than either will realize. Destiny can’t be avoided. The hand of fate will have its way, like it or not.

Due to the pandemic and travel restrictions, in-person workshops have been put on hold. We are working on an online Intuitive Development course for mid 2021. If you'd like to be informed of updates, please sign up to the newletter below.